What are Guanacos, and what is their use on a farm?

Guanacos, most authorities agree, are the wild ancestor of the Llama. Their origin is in South America, and that is where the majority of guanacos are found today, but they are also sprinkled around the world in zoos, and on fiber farms, where their wonderfully fine, soft fiber is sought after.

Guanacos came to Cunnington Farms via the back door; I had never intended to become a Guanaco breeder. But, predator problems on any ranch in the west include mountain lion, coyote, and most harmful, packs of dogs running loose. Over the years, we have suffered several major, and many minor losses of sheep due to predators, as we live in a rural, remote area only a few miles from the La Sal Mountain Range. 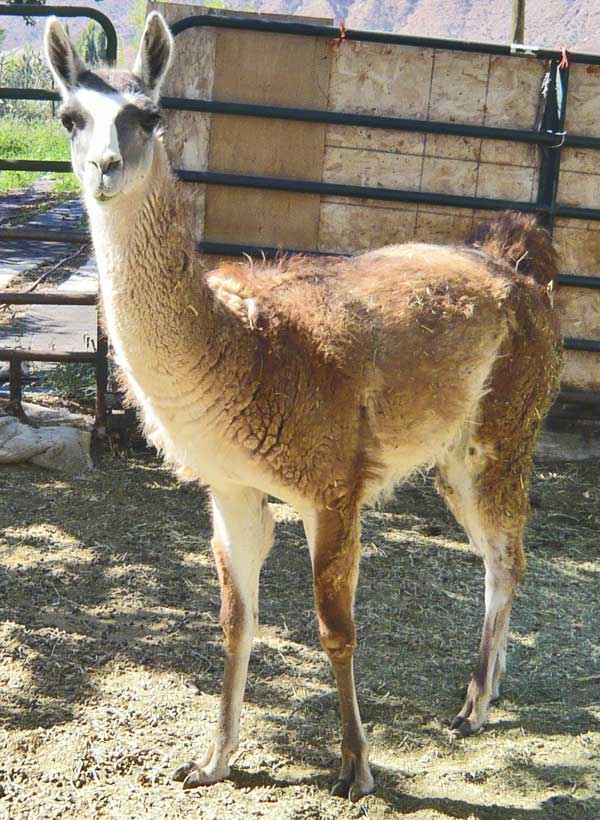 For a host of reasons, I have been unsuccessful in using guard dogs, donkeys, or llamas as guardian animals, living with, and guarding the sheep. I was successful in running a “flerd”, or a small herd of cows, raised with sheep since they were calves, and living mingled in with the sheep. However, as hay prices escalated, but more importantly, as we were increasingly unable to find any kind of decent hay, I decided to find other homes for our Dexter cattle, who consumed many times more hay than our sheep.

When a friend of mine told me she was doing a group dispersal of her Guanacos, which she had used to guard her sheep, I was immediately interested. I got my first Guanaco late in 2007, and have not looked back since.

Although Guanacos are less “personable” than most Llamas and Alpacas, remaining more “stand-offish”, they take their sheep-guarding duties very seriously when raised with sheep, and, in fact, are alert to strangers and disturbances at all times. I have found they have their babies easily, mother them very well, and have the very same nutritional and health issues as sheep. And for a bonus, they grow lovely fiber.

I presently only have two Guanacos, a mom and her daughter who guard my churros unflaggingly.  Their fleece is for sale every 1-2 years.